I am a mother. And a daughter. And a graduate student enrolled in Dr. Melanie Yergeau’s Computers and Writing course. Our class recently spent a week discussing some of the more complex intricacies of copyright, and among our readings was Danielle DeVoss’s “Mothers and Daughters of Digital Invention,” in which she posits that one possible reason for the noticeable absence of women in the historical record of technology innovation is that many may have “deliberately avoided the regime of intellectual property.” While acknowledging Autumn Stanley’s argument that perhaps women are socialized to share rather than profit from their innovations, she argues that some women must have known about their IP rights and chosen to resist pursuing them. As a mother and a daughter (and a graduate student), I’m interested in this hypothesis. My own experience with fan culture supports DeVoss’s idea: many of the women I know write, vid, knit, sew, bake (and more!) for reasons that stand outside the monetary economy.

DeVoss presents two examples of women battling the IP regime. Both involve content on Youtube that was met with DMCA intervention. What’s interesting to me here is that in both instances, women were making videos (for personal and educational reasons) with copyrighted content. This kind of IP resistance strikes me as a little different from, say, deciding to post your own artwork or story under a Creative Commons share-alike license. But maybe it isn’t. They used materials at hand in the course of their teaching and parenting, and their experiences became material for DeVoss’s scholarship.

When I think about the literacies that my mother and grandmother engaged in, such as inventing bedtime stories or games, sewing dress-up costumes or knitting, creating, copying, and improvising recipes, keeping records for family trees and scrapbooks, writing invitations, thank-yous, and yearly Christmas card updates, I don’t see many opportunities for the intervention of IP. My mother and grandmother practiced these literacies of necessity, and they drew on the resources available to meet their needs. If they had been required to pay ninety-nine cents to license every copy of a recipe they shared, well… they just wouldn’t have. Paid, that is. A good recipe is meant to be shared.

Like my mother and grandmother before me, I have appropriated the resources available to me to meet creative challenges. I’ve improvised bedtime stories that catapulted my children into Hogwarts. I’ve created birthday scavenger hunts based on Camp Half Blood. I’ve not limited myself to what only I could imagine (What a small and unsatisfying world that would be!), but built on the creative work of others. For example: 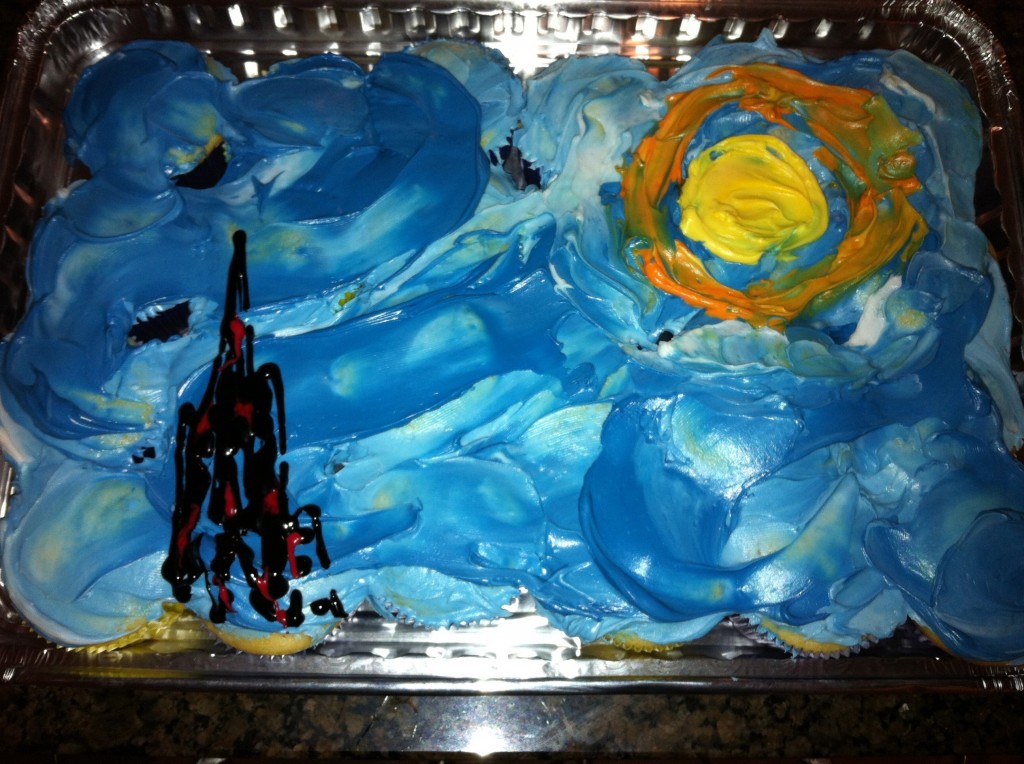 Would private interests object to the Pokemon cake made for my son’s 11th birthday? 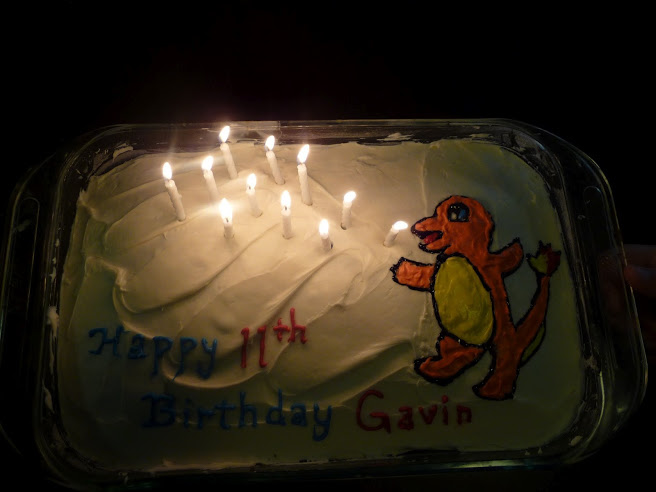 And what about a Snow White cake made for my daughter’s 4th? 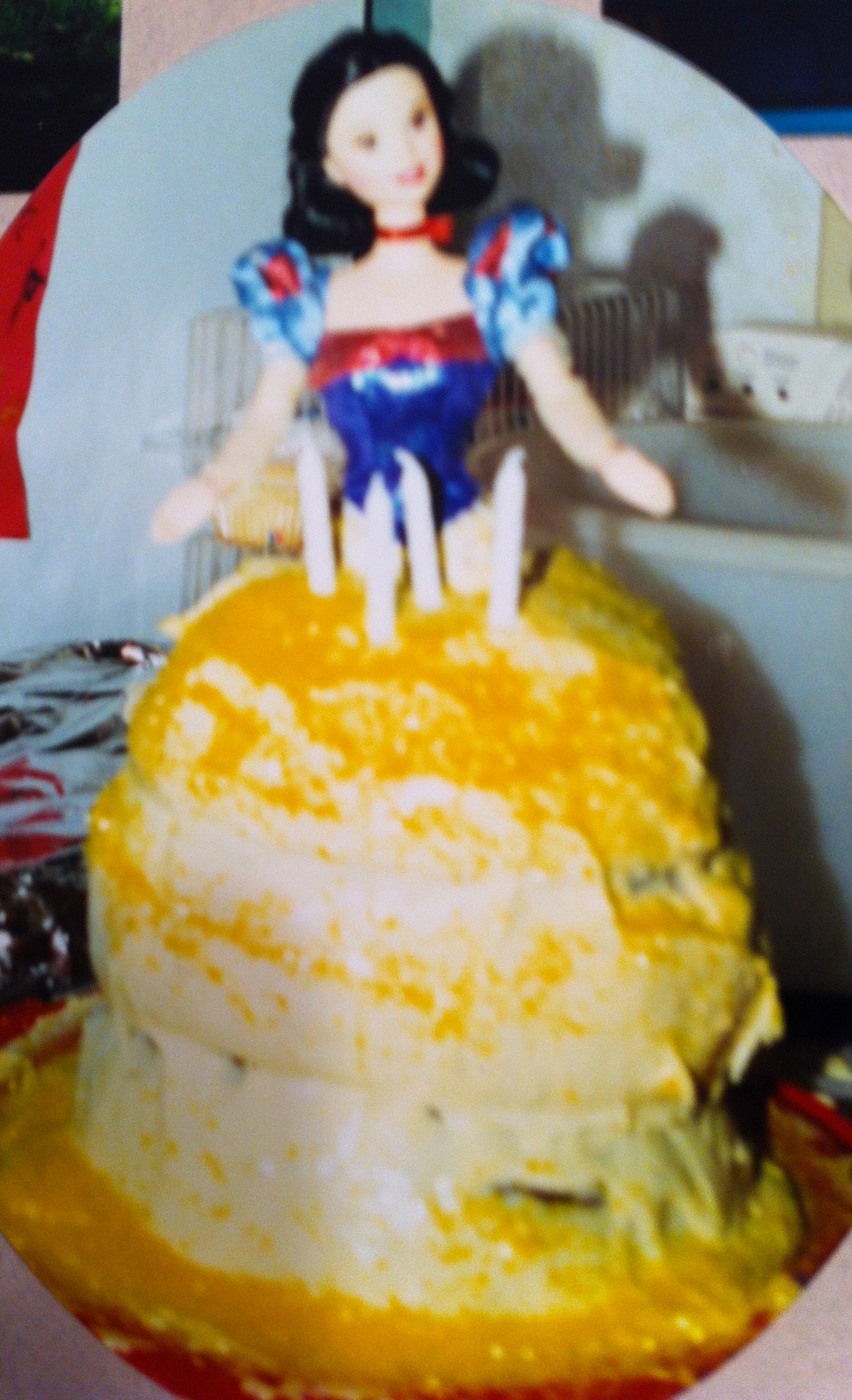 Is it the public domain fairy tale or the Disney princess? Half and half? Before we ate it, how much did this cake owe to the Brothers Grimm? How much to Disney? How much to Mattel? How much to Pampered Chef (who made the bowl in which the cake was made)? How much to the anonymous woman who posted a picture of her Barbie cake? How much to me? What was left to consume once it was properly apportioned?

Cakes are perhaps not the best example. Being amateur renditions and quickly consumed, they don’t offer much threat (artistic or commercial) to the IP they are appropriating. Or maybe theyare the best example, being hand-made for a specific purpose, drawing on the cultural moment of the very local community they serve, intended for sharing, and (at least in this case) made by a woman. If I hadn’t posted the pictures here, you wouldn’t even know that I had made derivative works. Of course the same could be said of any movie-inspired Halloween costume, knitting project, remix vid, missing scene or alternate ending composed in response to copyrighted material. What the code has not caught up to is our expanded ability to share, and I think people who’ve learned the habit of this kind of creative work are going to continue to press copyright until it adjusts.

For time out of mind, people have made things (for both artistic and utilitarian reasons) out of the materials around them, and the materials around us right now are often text, audio, images, and video that are available on the web. We don’t print pictures or mail cards so much anymore. We post them online instead. Deciding what, where, and when we post makes us curators of our own experience. We compose our online selves in text, image, and video. We compose our online selves out of experiences with other people, places, and texts, out of in-person and online interactions. We routinely invent and deliver using resources available online.

This work isn’t new, but the question of who owns the resources of composition seems a little trickier. In a system that makes “sharing” the entry point, that encourages us to “post” our pictures, videos, and writing, even the language around what used to be somewhat private literacies has changed. (I never posted my high school diary entries, and I only share my scrapbooks with people who are willing to come over to my house and sit through them.) The former habit of privacy precluded any obvious need for copyright.

The number of people who benefitted from comical pictures of my cat was limited to those who encountered me personally while I had the picture with me and thought to share it. Now that I could share the picture with an audience of unimaginable size, that picture (or recipe, pattern, blog post, film review, etc.) has the potential to be taken in and taken up and transformed by whoever accesses it. I have neither the resources nor the inclination to police it. Maybe the women in DeVoss’s webtext are pushing those who have the resources to give up the inclination.

I doubt very much that those who own the rights to audio, images, video, and text will give up their grip on intellectual property and depend on the goodwill of fans to support them (though some are trying to). And of course all of these platforms prompting us to “share” our every life-moment, our every dark secret, are appropriating our work and collecting info to improve their ability to advertise, to capitalize on our dreams and desires. Don’t despair just yet, though! I think DeVoss is correct to press on Stanley’s notion that women are simply “socialized to share,” as if sharing were a shame. People are a social lot, and our most powerful stories may manage to survive in spite of poorly administered copyright protection that seems designed to keep them pristine, unevolved, unadapted to circumstances changing at the speed of technology. There have always been parallel and overlapping systems of barter and exchange, and there’s no reason to think that the internet will not have its own ways of getting around the constraints of a property-driven society. Mothers and daughters (and fathers and sons) will keep trespassing, keep making, keep testing the boundaries and sharing their results.

Like we’ve always done in person, we are constantly making and remade on the internet.